Recently we released the Mason’s Plum Striped tie, designed by Jenny’s husband Jason. We wanted to share with you the process behind designing new items, like this tie. We love dressing our boys in great looking ties, and love a good looking tie in general. Adult tie styles can be a good template for kids, but kids can get away with much more fun colors/styles in their ties. This was the case with the plum tie.

Jason saw a neighbor of theirs wearing an outstanding looking adult tie. The tie was great looking on a man, but would have been a bit boring for a child. So, he later came home and drew a crude sketch of a couple of ties, no colors, just an outline. 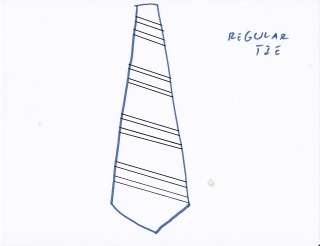 He then imported it into Adobe illustrator, and began to play around with colors. In looking around for some fun colors, he found a picture of a plum with the inside flesh showing. 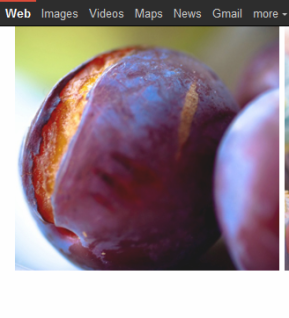 Adobe illustrator is great because we could bring that photo in, and then sample the actual colors from the picture, so the colors from the “Plum” tie are actually from a plum. Once he had a design that he liked, he had to find the matching colors for textiles – manufacturers use a system called PMS to identify which color you want since colors can often look different on a computer screen.

Then we sent the designs to our manufacturer for samples. The samples came, and one of the styles was hideous, but the other one he liked a lot, but Jenny (who always has the final say) didn’t love it at first sight. So it was shelved for a couple of months. But, over time whenever she would pick a tie for their son, it was always that one, and he always received compliments on it whenever he would wear it. Then out of the blue, she announced that it was her favorite tie for him and that we should make it.

So we gave the go ahead, the ties were made, and we couldn’t be happier with them, and Jenny says it’s her favorite.